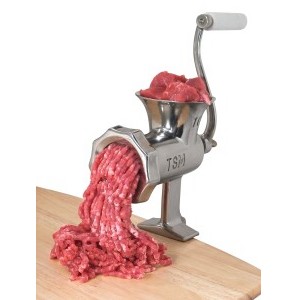 It’s a grind. Grinding it out. The startup grind.

Why does it have to be such a grind?

I’m currently reading Creativity Inc. by Ed Catmull, and it is a great storytelling about the early days and business foundation at Pixar animation studios. I was disturbed by Ed’s recounting of the overlap between their second and third movies, A Bug’s Life and Toy Story 2. It seems that story and production issues required the team to grind out long hours, 7 days a week, for a period of over 6 months. The climax of the story is that Pixar employees were working so hard and so focused on the project, that one morning an employee was supposed to drop his child off at daycare, only to forget and leave the kid in the back seat of the car. The wife also worked at Pixar, so she dropped by her husband’s desk a few hours later and asked “How was dropoff?”, only for the two of them to rush furiously out to the hot car to revive their unconscious child. Fortunately the child survived.

The story resonated with me, as I’m in another period of long days and working on weekends.

Why do we do this to ourselves and to our employees?  Is it the manic personalities of artists, scientists, and creative types?  Is it the culture of startups? Is it the notion of grinding it out in the short term for long term gains? Pay now, play later?

This topic has come up multiple times in the past week on my Twitter and LinkedIn feeds. It also reminds me of an article Dan Lyons wrote for the New York Times about “hustle” in Silicon Valley.

It is clear there is a problem. But what are possible solutions?

If there is a tremendous amount of work volume and a hard deadline, why overburden employees rather than bring on additional help? In a startup, and definitely in science, there are squishy deadlines and moving targets. It can be hard to justify staffing up if the finish line is constantly in question. But for Pixar it seemed like there was a hard deadline, and they had just experience tremendous success with Toy Story 1. What gives Ed?

Another way to confront the grind is reigning in over-workers. I have seen multiple articles about strictly adhering to a 9 to 5, or maintaining reasonable hours and prioritizing balance. The common theme is that employees are better rested and more “balanced” and thus will be better workers for the time they are at work. It sounds so simple in theory, but in practice when it is 5:15pm and there is still a mountain of work to do (and you have a crazy work ethic), it is hard to leave things unfinished. It is also hard to leave when your team is still there and working. This is not borne out of one-upsmanship, but more because of team/staff solidarity and wanting to support the team and the bigger mission.

Another option is to leave the startup world entirely, and retreat to a big established incumbent. But that would mean giving up the richness and breadth of experience that comes with a role at a startup.

If Ed Catmull at a fledgling Pixar couldn’t figure out how to prevent the grind, then I can’t feel too bad for struggling with it myself.